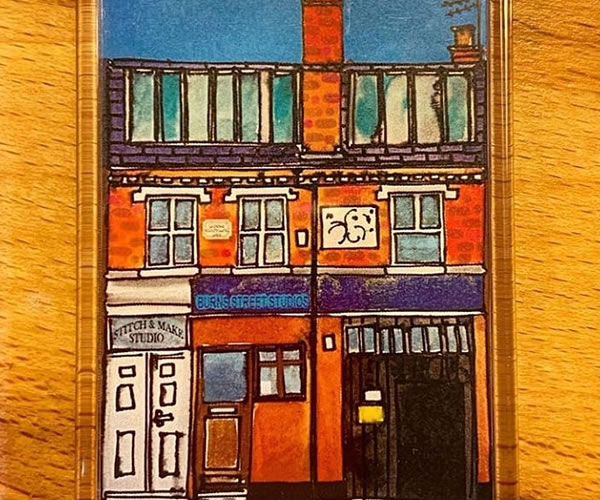 My creative home sits within Burns Street Studio in the Mounts, Northampton. The area is locally considered to be the creative quarter, our building being one of the cornerstones. It’s one of the few boot and shoe factories in Northampton that survived residential redevelopment and is now full to the brim with Northampton’s finest creatives. Twelve studios house eighteen wonderful people. Everyone from an upholsterer to a filmmaker, ceramicist to photographer all exist in this 19th-century building.

Originally built by Edward Green, the building was used for manufacturing right up until 2006 which means you can really feel its rich history. As soon as you open the front door and start to climb the original wooden stairs, you can just smell the history. The parquet flooring, the large windows, the pipework, all make it what it is. It’s also (allegedly) haunted. I can’t confirm or deny that suspicion but there was definitely something spooky about the place when I was first set up shop here on my own in 2010. Fast forward a decade and it’s full of life and people and fun, so I think the ghosts might have moved on.